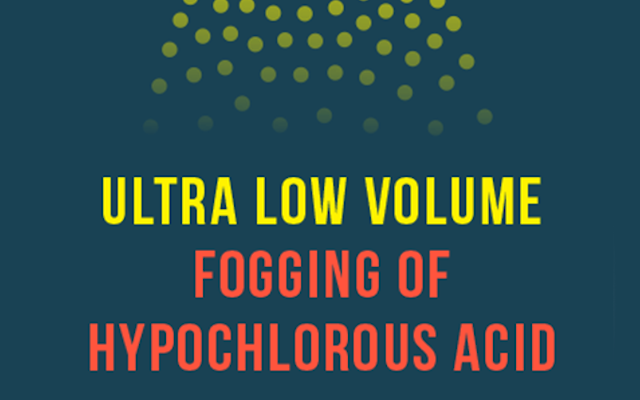 The coronavirus needs no introduction. In a few short months it has inflicted large scale damage and promises to permeate the fabric of our lives. As the world begins to reopen and establish a new normal, dentistry must adjust its practices to maintain a safe and healthy work environment, including the vexing problem of aerosol-borne infections. This article will address one part of the solution, cold fogging of chemical disinfectants, by discussing the rationale and science of this treatment.

Aerosols are mists of particles less than 5 microns in diameter. Droplets are larger particles (> 5 microns) [TM1] and many activities generate both droplets and aerosol (TABLE 1).

While droplets are a major mode of SARS-CoV-2 transmission, there is increasing concern over aerosol and fomites (contaminated surfaces) as additional avenues of transmission. Dentistry is replete with procedures that generate high volumes of aerosols, perhaps more than in any other medical specialty. Examples are illustrated in TABLE 2.

Disease transmission through droplets and aerosol depends on proximity to infected patients, duration of exposure and the viral loads of infected patients. The dental health care giver is therefore vulnerable on all counts, rendering the management of aerosolized viruses of paramount importance. Because dental procedures are likely postponed in all symptomatic patients, we are less concerned about droplet transmission of the disease. However, both fomite and aerosol transmission in the dental office need to be addressed aggressively.

Because surface disinfection protocols are already common in dentistry, we will not address fomite transmission. We will instead focus on aerosols as a potential modality of disease transmission.

b. In a restaurant in Guangzhou, China, the pattern of infection appears to reflect the airflow of the air conditioning unit (FIGURE 3).

Over a 73-minute period, index patient A1, who subsequently was diagnosed to have COVID-19, infected participants at tables A, B and C, which were all in the line of the air conditioning airflow.

Infection was not evident when people were not directly in the line of the airflow. Indeed, infection did not occur in the 73 other people who were dining in the restaurant that day, nor did it occur in the eight servers working on the floor.

FIGURE 3:  Infection of Adjacent Tables in Direct Line of Airflow[1]

These studies from around the globe indicate that close proximity aerosol transmission of SARS-CoV-2 is not only possible but highly probable.

In view of concerns that asymptomatic or pre-symptomatic patients may be in the dental chair undergoing aerosol generating procedures, many proposals have been made to minimize the impact of these potentially infective and persistent aerosols, including the use of air purifiers, filtering HVAC systems, and industrial strength UV-C lights.

It is important to emphasize that chemical fogging should be an adjunct to conventional disinfection and not a replacement for traditional decontamination. The use of disinfectants on visibly soiled areas/surfaces and the complete scrubbing and wiping down of trays, tables, chairs, lights, and instruments are of greater importance in the SARS-CoV-2 era than ever before. The addition of fogging is designed to address the aerosolized threat and to allow disinfectants to fumigate into spaces that are not otherwise reachable by wiping.

To fog a liquid is to create a mist of very small particles. The mist is released into an enclosed space. Over several minutes, the mist lands on surfaces, where it helps kill bacteria and viruses, before evaporating shortly thereafter. Foggers use large amounts of low-pressure air to aerosolize liquids before dispersing the mist through a nozzle.[1] Traditional spraying creates particles in the 50-micron range, while fogging a liquid can result in fine particles less than 20 microns in size.

Since the 1980s, ultra-low volume foggers have become quite important in the greenhouse industry[2] as the fogging of pesticides has become the mainstay of insect control. Fogging, rather than directional spraying, has superior surface area coverage: the fog lingers, allowing it to fully envelop a space, including hard-to-reach areas. The process is relatively automated and very little labor is involved except for filling the solution tanks and moving the fogging machines. In greenhouses, many of the pesticide targets are smaller than 50 microns, so ULV fogging’s ability to create small particles is crucial.[3]

With the ongoing pandemic, fogging is increasingly important in augmenting conventional disinfection to allow for inexpensive, quick, and effective disinfection of large areas. In all instances, fogging is not a replacement for traditional spray-down and wipe-cleaning protocols, but it is a potent complementary technology.[4]

Many sectors have started using chemical fogging to help combat the coronavirus:

Hotels have also begun to fog; Marriot plans to roll out fogging devices to more than 7,000 of its hotels over the next several months.[6]

In many instances, the chemical being fogged is not disclosed. Reports simply indicate the substance is not toxic to humans after application.

Cruise lines have been the first to indicate they are using hypochlorous acid as a safe disinfectant. Norwegian Cruise Line is using chemical fogging to disinfect public areas, cabins, and galleys on its cruise ships.[8]

Hypochlorous Acid as a Disinfectant

SARS-CoV-2 is a fragile lipid-enveloped RNA virus that is extremely sensitive to chemicals. The United States Environmental Protection Agency (EPA) has created a registered list, List N, of confirmed disinfectants for use against the virus.[9] The list currently contains almost 500 chemical products, the vast majority of which can kill the virus in less than a minute. There are six major categories of approved disinfectants: hypochlorous acid, hydrogen peroxide, quaternary ammonium, peroxyacetic acid, glutaraldehyde, and sodium hypochlorite.

Hypochlorous acid is the disinfectant we chose for ultra-low volume fogging because of its safety profile and its ease of use when compared to any of the other five categories of listed disinfectants.

Discovered around 1870, hypochlorous acid is an organically produced chemical with disinfectant properties.[10] During WWI, artificially made hypochlorous acid was used as a disinfectant and antiseptic. At the time, the technology to create hypochlorous acid remained imperfect. The resultant solutions often had varying concentrations and the inherent chemical instability led to degradation within days. The particles would reform in different chlorine groups, leaving behind weaker disinfectants and potentially harmful chlorine solutions.[11] It was not until the 1980s that hypochlorous acid use would rise again, as it now can be produced by electrolysis in a stable form. Since then, it has been deployed in many industries, from hospitals and operating rooms to daycare centers and farms.[12]

Hypochlorous acid is extremely safe. In fact, it is eye-friendly, skin friendly, inhalable, and ingestible. Unlike bleach, for example, it does not damage clothing or furniture. Handling hypochlorous acid requires no face mask, eye protection, gloves, or PPE. It is not caustic or corrosive, evaporates rapidly without leaving residue when fogged, and can be used on cell phones, computer screens, tablets, and keyboards. It is already in clinical use in a large variety of situations, as illustrated in FIGURE 5.

In the Far East, patrons in restaurants, theaters, hospitals, and gymnasiums are regularly fogged with 100 to 200 ppm of hypochlorous acid, which attests to its safety and ease of use. At this concentration it has a faint chlorine smell which dissipates once the disinfectant has evaporated.

ULV foggers are not quiet machines and should be used at times when the noise would be least disruptive.

Ultra-low volume fogging using 200 ppm hypochlorous acid should be used as an adjunct to conventional disinfecting protocols. It offers an opportunity to address aerosolized viruses and also helps to decontaminate potential fomites.

For details about our guide, “The New Normal, Dental Response to COVID,” please visit:

UCSBook.com for the app you can download to your tablet.

Jamie Menhall is a student at Harvard University who has worked closely with Dr. Leslie Fang in the research and writing of this most informative article.

Is the virus in the air?

How long the virus can remain in aerosol

Hypochlorous acid as a disinfectant 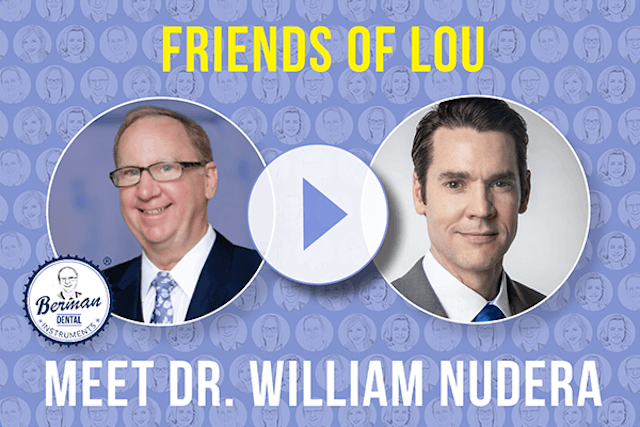 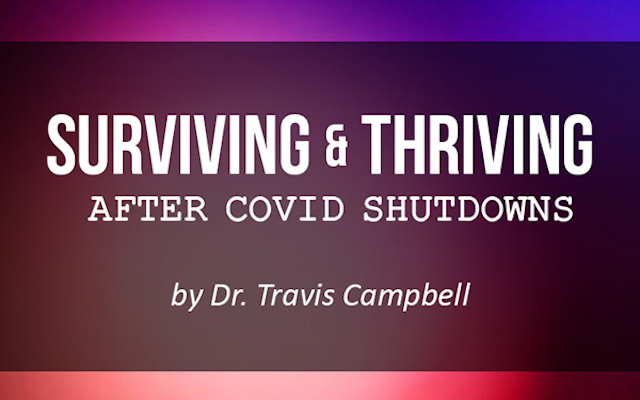 Surviving and Thriving After COVID Shutdowns

How emergency patients can help you grow your practice during these challenging times.
Read More 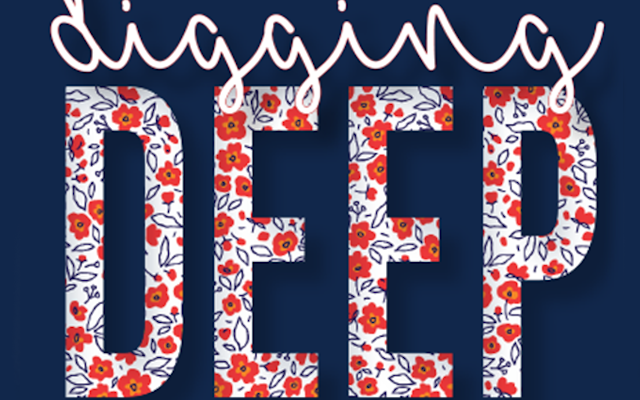 What if I don’t want to go back?

Making the decision to go back to practicing dentistry after the COVID-19 closures.
Read More 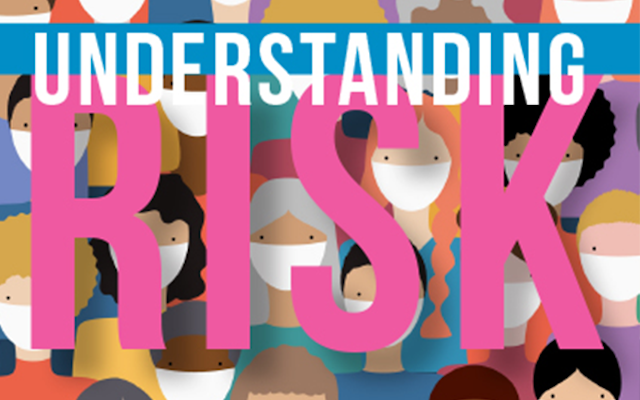 Understanding risk will get your patients back in the chair and your practice back on track.
Read More